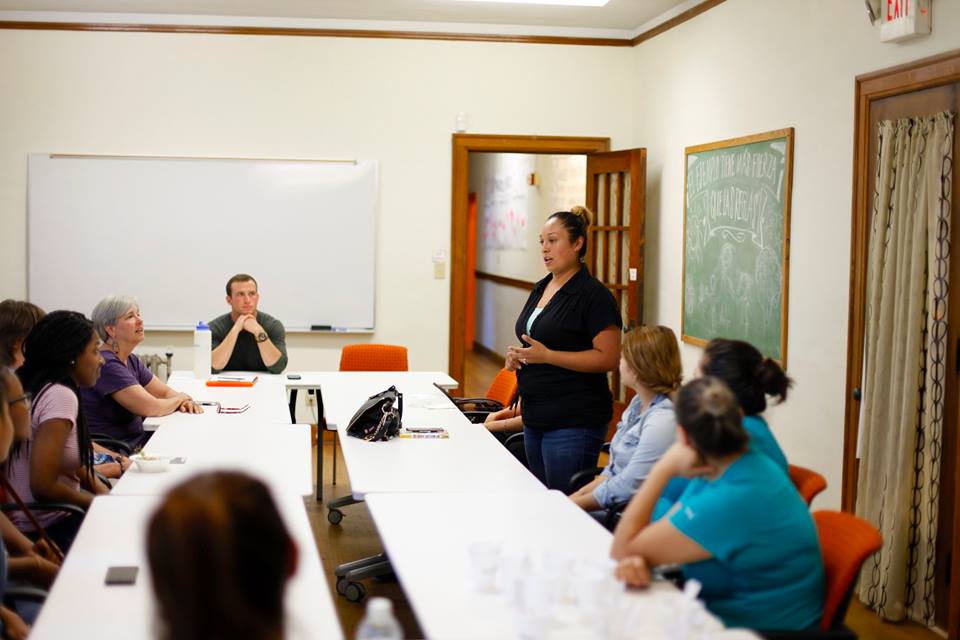 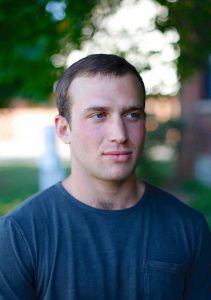 Detroit’s Southwest (SW) neighborhood is bustling with life: families strolling around each street, toddlers discovering their environments in public parks, and bilingual teens chattering in mixed language conversation. Yet despite the multilingual teenagers that live in the neighborhood, many of SW community’s members are monolingual, thus preventing them from accessing certain services and navigating daily situations.

Growing up in SW Detroit, learning English is often not possible: its utility is not apparent, as SW’s demographic is overwhelmingly composed of Latino families, making Spanish the lengua franca of the community. Furthermore, opportunities to learn English in a formal class setting are expensive and inaccessible, making it challenging for SW residents to enroll in English courses.

It is not uncommon for parents and their children to speak different languages, sharing no common tongue. As a result, communication between generations can be stilted and challenging. According to Evelyn, Garcia a Brilliant Detroit staffer, it is critical that children and parents maintain their native linguistic identity while also learning and developing English skills. Intercambio (Exchange), a new language-learning concept developed by Lenny Gross at Brilliant Detroit, does just that.

“As a student of Spanish language and culture, I often found that my language skills would fade over the summer, as I wasn’t practicing in class, nor was I speaking [Spanish] with anyone,” said Lenny. Intercambio brings native speakers of Spanish and students of Spanish language together for semi-structured, mixed language conversation. The project offers students of Spanish a space to practice their second language and conversation skills. In order to make the exchange equal, participants switch languages intermittently, allowing the native Spanish speakers opportunities to practice their English conversation skills too.

To be sure, many SW residents typically have some command over the English language. Yet many intercambio participants claimed that shame or lack of confidence prohibits them from speaking English. By providing a safe space to share thoughts and ideas, intercambio is helping SW residents and Spanish students learn more than second language conversation skills, but also how to share honestly and transparently without self-judgment. While I cannot promise that we are going to learn to speak perfect Spanish and English, Lenny tells intercambio participants, “I can guarantee that you will begin to overcome whatever prevents you from expressing yourself openly.”

After running two sessions, the language exchange has already demonstrated its capacity to facilitate cross-cultural connection and breed acceptance. Lenny tells us that “when people of two distinct cultures come together, sit in a room and have no choice but to get to know one another, both parties typically walk away feeling like they have related and become more comfortable with one another – this phenomenon is amplified even more when the participants are forced to adjust their language to suit the other.”