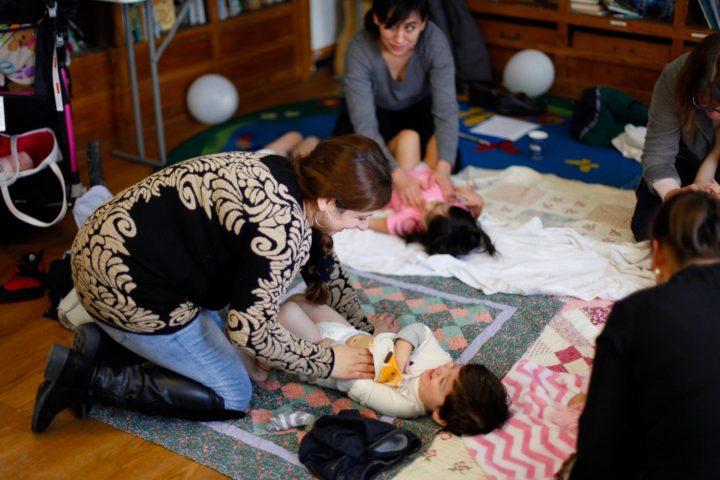 Just over the last few months we’ve been making a difference and learning with neighbors in the following ways:

Cody Rouge neighbors brought more of their extended family and friends to the house, expanding the community there. We were blessed with numerous powerful people and programs, such as Artist Heaven, which engaged our kids through artistic expression and used art as a medium for increased academic success; Cooking Matters, which increased the skills, confidence, and knowledge of our families to prepare healthy and affordable meals; and Yoga with Rachel Newsome, who worked to heal the entire body through plant-based nutrition and herbal remedies. In September, we opened our Cody Rouge Mom’s Closet, which is a space for families to donate and pick up clothing to meet their needs. Community members generously donated items to the closet and, in so doing, furthered the network of supportive neighbors all around us.

2017 saw numerous transformations as our Central house transitioned from its previous life as the big, abandoned building on the corner to its current status as a thriving family center. A whirlwind of programs took hold in Central, such as our Summer Kids Club for keeping young minds active, Financial Literacy workshops with Pastor Dottie Foster, Fitness cohorts with Wayne State, Anger Management, Cooking Matters, Music Therapy, Zumbini and more. Our Advisory Group of engaged neighbors grew and, with it, the potential of the Central house to be a transformative pillar in the neighborhood. We are delighted to watch as Central develops over 2018 into a flagship model for home-based practitioners designed around what homes should look like for kids.

Led by its Mom’s Club advisory group and by the ingenuity of Support Group of families backed by Southwest Solution’s Basic Needs program, Brilliant Detroit’s Southwest site has launched numerous field trips and engaged countless programs, such as Pathways to Literacy where parents read with their children one-on-one; LENA Start, which closes the 30 million word gap through turn-taking in mother-and-baby conversations; and half a dozen Biggest Loser Challenge cohorts. These are just to name a few. The Southwest location has also been busy renovating many rooms, walls and doors thanks to the efforts of several volunteer groups from DTE Energy to the Junior League of Detroit. The Southwest location alone serves over 370 families, who pass through its doors feeling the love and support they need to grow.